'Machen had been a Welsh minister's son who went to London and lived alone for many years, nearly starving, haunted by fantasies of weird pagan rites and longing for the green hills he'd left behind. Lovecraft, in a survey of the field, had praised him highly.'
-T.E.D. Klein, The Ceremonies

'...the Welshman Arthur Machen, that fine stylist and strange narrator of subtle horrors, who, in a survey carried out during the Spanish Civil War amongst fifty British men of letters, was the only one publicly to declare his preference for Franco's side, perhaps merely as an affirmation of his affinity with purest terror. Despite his reputation, his books are not easy to find in English, particularly in the old editions prized by collectors...'
- Javier Marias, All Souls, translated by Margaret Jull Costa

A bunch of godsucking muckers burned down an orphanage. Because it was run by people from another religion. You can't make this stuff up, folks. And here I thought the theist contention is that atheists can't be moral because morality has to be divinely derived. Well, jumping juggernauts, Godman, tell me where's divinely-ordained moral in in this story?
Posted by JP at 08:47

I am trying hard

not to let this

undermine my sense of duty

and find myself confronted 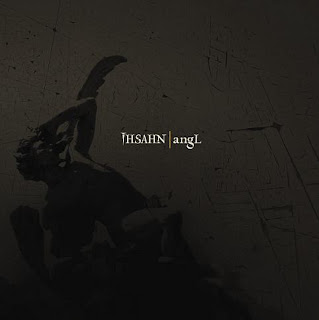 I've read all the stories except the title story in Death In Venice And Other Stories by Thomas Mann, one of several similarly titled collections issued by various publishers - a Bantam classics edition, featuring translations by David Luke in this case.

Most of these are earlier works, written before or not long after his first novelistic success gave his career as a writer some stability. It seems to have been an uncertain time for Mann, and this is reflected in the stories. Each one of them seems to contain an alter-ego who reflects some aspect of Mann's immense self-doubt - a pathetic cripple, a naive puritanical idealist, a drunkard who is disgusted with the blind, unthinking vitality of those around him, a dilettante who realises that, having turned his back on society, he can lay claim to no place of his own as long as he fritters his talents away and shies from fulfilling any potential he may have, a writer who claims that writers can never share in the feelings and experiences they write about, and who longs to do so nevertheless.

Mann falls into whining self-pity at times, especially in 'Tonio Kroger', but there's a touch of irony to balance it out ('don't you think...that my eloquence today is worthy of Hamlet?'), or a surprisingly even-handed look at the opposite side of the conflict, as in 'Tristan', although these could be elaborate signs of self-loathing too. Mann, one senses, was not the sort of man to be content unless certain of his own importance.

It's all thought-provoking stuff, and psychologically admirably accurate and honest. Mann is best at describing music or states of mind, tormented or harmonious. He's not bad at visual description, but I think the former areas were his real forte. He's even aphoristic at times. Check out these lines from 'The joker:

There is only one real misfortune: to forfeit one's own good opinion of
oneself...The fact is that everyone is too busily preoccupied with himself to be
able to form a serious opinion about another person...lose your complacency,
once betray your self-contempt and the world will unhesistatingly endorse it.

All that's left is to read 'Death In Venice' itself. More on that later. 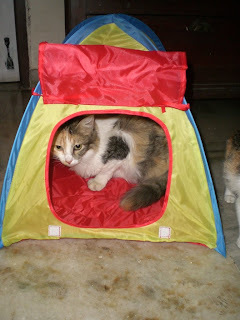 She's gone. A year and three months was all she had. The end came quietly, she lay as peaceful as if just sleeping. Goodbye, little baby Thora.

meem me me em ee

Copy the list below.
Mark in bold the movie titles for which you read the book.
Italicize the that you’ve watched.
Tag 5 people to perpetuate the meme.

A science fiction fan with nothing to adore.

You could answer that it doesn't. But it mostly does. Take a look at the Baen catalogue for instance.
Posted by JP at 13:05 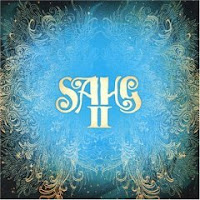 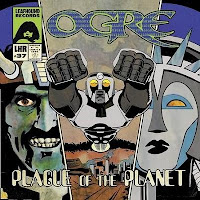 Sahg II and Ogre's Plague Of The planet - 2 super new stoner releases that are keeping my mp3 player clean and green. Sahg is like a more psychedelic SHeavy. Ogre is bits and pieces of Iommi worship, NWOBHM pomp and prejudice and a wonderfuly MPD'd vocalist. Find 'em and freak out.
Posted by JP at 07:25

I watched The Spiderwick Chronicles last night. Many things about it were good, especially the boy who acted as twins. It certainly had its moments, although I'm a little tired of how much the unhappy family has become as much a cliche as the happy family once used to be. It's all borrowed energy - once children's fiction resonated by reflecting the picture-perfect family people aspired to. Now it tries to get that same resonance by superficially mirroring the rather more screwed-up families many people actually live in. I don't feel a lot of thought goes into it. One more absentee father in a Hollywood kid flick isn't going to redress society's ills in any case.
Posted by JP at 14:15

I WILL FEAR NO HEINLEIN

Heinlein day at the SF forum where I am an absentee space ranger much of the time. The usual encomia to his no doubt efficient, absorbing prose, exciting adventure plots and canny gadget speculation.

Also some amount of glorification of his philosophies in the later works, retreating back to the same old 'don't mix up the man and the ideas in his books' defense when his glowing depictions of incest, paedophilia (yes, people, it is paedophilia even if the kid is a teenager and the abuser is a parent or frendathefamily) and general sexual licence, to say nothing of a tacit promotion of private eugenics projects, overwhelm any other considerations much of the time.

Heinlein fans need to have their cake and eat it, it seems - praise him for the ideas they can get you to admit are rather interesting, and then dissociate him from the unsavoury ones calling them 'thought experiments'.

The fact is, his later works are so full of questionable content (I'm not even going to get into his unique passive-aggressive sexism here) as to ovverhwelm any value they might serve as a 'masterly deconstruction of the absurdities of western culture and society'. Anyone can say what's wrong with a clearly flawed system (I live in a flawed system, too, so I know). But Heinlein doesn't stop at that, and it's hard to assume that such polemical books are not prescriptive in nature, just as, beyond a certain point of reader awareness, it's impossible to read Chesterton's Father Brown mysteries purely as detective stories and wish away or ignore the Catholic apologism, or to read Orwell's Animal Farm as a jolly anthropomorphic romp.

Towards the end of his career Heinlein was asking some really vital and penetrating questions. One of these, for instance, was: what can be done to get rid of the terrible consequences sexual prudery and repression have on human beings? His answers, consistently, are not as good. In this case: do away with all taboos and restrictions and let whoever do whoever as long as they all agree (and they will since all taboos have been done away with, and if they still feel a qualm, we'll seduce them into it) and, if consanguinous or non-eugenically optimum, we'll use the morning after pill. But don't worry, the rugged man of action won't need to bother about all that. Because birth control is a *girl's* job, boss.

Does that sound like a cruel caricature? Well,that last sentiment was actually uttered by a character in Heinlein's I WILL FEAR NO EVIL. Yikes.

The larger question here is, do we want to be oblivious readers, readers who let author take us by the hands and lead us, merrily skipping, into any morass or thicket, blithely whistling disclaimers when the path meanders through suspect areas, and praising our exceptional good fortune when occasionally it doesn't? I think we owe it to ourselves to keep things honest and read with open eyes, as it were.

Elsewhere I am arguing against claims that Arthur C Clarke somehow embraced religion towards the end of his life. Just because the man was suckered in by Buddhism's surface layer of common sense doesn't make him a flaming theist. He requested that there be no religious rites at his funeral, after all.

Laws you should know about: 1

The Karnataka Preservation Of Trees Act

With effect on and from the appointed day,notwithstanding any custom, usage, contract or law for the time being in force, noperson shall fell any tree or cause any tree to be felled in any land whether in hisownership or occupancy or otherwise, except with the previous permission of the TreeOfficer

Where permission to fell a tree is granted, the Tree Officer may grant it subjectto the condition that the applicant shall plant another tree or trees of the sameor any other suitable species on the same site or other suitable place withinthirty days from the date the tree is felled or within such extended time as theTree Officer may allow.

Karnataka will use a tough law relating to organised crimes to deal with terrorists in the wake of the July 25 serial blasts in India's IT hub.

The law, which came into force in December 2001, allows arrest without warrant, up to six months detention without court approval and does not provide for bail. While the minimum punishment under it is five years in jail and a fine of Rs.100,000, the maximum is death or life imprisonment and fine.

Make up your own title for this post. You can use some of these words and phrases: 'erosion' 'civil liberties' 'human rights' 'slippery slope' 'first step'
Posted by JP at 15:08