The Story Behind: Run For Your Life 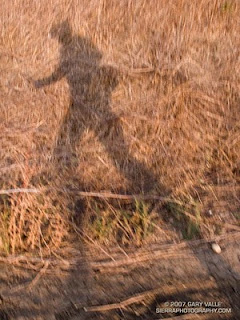 For some stupid reason, Andromeda Spaceways Inflight Magazine has agreed to publish my story 'To Stand And Stare' in their 48th issue. As a build-up I'm regaling my minuscule audience with incredibly detailed essays about the making of some my previous, immensely obscure, short stories.

This time, I've chosen to write about Run For Your Life, published by the online magazine Pratilipi (who may be running something else by me later this year, by the way).

Sometime in 2003, I left the advertising business for what should have been the last time (I foolishly ventured back in 2008 but luckily it didn't last). At a loose end after 4 months of prison camp conditions I did something I very rarely do, homebound slug that I am - I agreed to go on a roadtrip with a friend. We rode to Sravanabelagola, Belur and Halebid with a stopover at Hasan, where my mother used to live at the time. We stopped at a few wayside bars during this time and I got to wondering about their clientele, especially the ones who came in, gulped down large shots of their favourite booze and quickly exited. Once, I saw a barman chasing a fleeing customer. Apparently the customer, a poor farmer from a nearby village, had downed three large shots of rum before attempting to run away without paying his bill. A while later, the barman returned, winded and without his quarry. 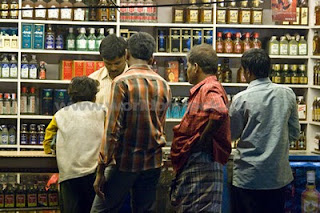 This incident had a lot of resonance for me. In the last year, I'd been out of work more often than not, and underpaid when I was working. It's the poorest I've been yet in my adult life and while I maintained a semblance of middle class solidity, I came much closer to the edge of actual poverty than I'd ever expected was possible. So my thoughts often ran to methods of dealing with low or non-existent finances. While thievery never seemed like a good option to me, I had often cadged loans off friends and family. So I could sympathise with that anonymous farmer's desperation.

Back in Bangalore, I often thought back to this incident and it became a favourite anecdote to regale friends with. At one time I even discussed making a short film based on it with some friends of mine who were experimenting with filmmaking. Then, I got a new job and soon had other things to think about.

But I think the image of that running man continued to haunt me, silently. Then, in 2009, I found myself without a steady job once again. This time around I had enough experience and contacts to make some sort of steady living freelancing, but I felt that old background sense of instability that I'd experienced back in 2003. Naturally this made me think of the running man once again. I knew I had to tell his story, and that I had to figure out not just what he was running from but what he was running to. The last 6 years had shown me that the places we think we want to be in are never quite what we'd expected once we get there. All these thought and ideas found their way into the story as it now is.

One more thing: the first version of the story simply had Ramu collapsing, dead, at the end of his run. It isn't clear whether or not that isn't case in this version as well - at least it shouldn't be. I wanted the ending to be a bit ambiguous, even though I know exactly what happened.

Again, this story could do with some more editing, with more showing and less telling, but, again, I think it isn't a bad little tale as it stands.
Posted by JP at 07:35

It certainly isn't a bad little tale as I recall.

yep..i can feel the wind when he runs

The first photo? Yeah, the photographer's URL is on the photo, so be sure to look at his other work so I don't feel bad for lifting the image!

JP Ramu didn't die. No matter what you intended as the writer, the story now belongs to me, the reader!